Ever since its 2015 arrival at the Saukville, WI location of EVS Chevy Buick Cadillac, the Chevy Colorado has been among our customer favorites. Of course, they aren’t alone in feeling this way: it’s also been a welcome addition to the sometimes-fledgeling midsize pickup segment, and has taken home two consecutive Motor Trend Truck of the Year awards as well. Yet, with the new model year on the way, the Colorado isn’t done; when it arrives in the Milwaukee area, the 2017 Chevy Colorado will have a new V6 engine and a new transmission. First, let’s go through a short refresher regarding what drivers experienced from the 2016 Colorado, since that was the year that represented the first bold steps forward for the model. In 2016, the Colorado added a 2.8L Duramax Turbo-Diesel platform to the proceedings, which posted best-in-class numbers in torque (369 lb-ft), towing (7,700 lbs) and highway fuel economy (31 mpg). The Duramax Turbo-Diesel joined a 2.5L four-cylinder and a 3.6L V6 to make an engine lineup unlike any offered from any competing model.

Read More: The Tailgating Features of the Chevy Silverado 1500

Even if the Colorado was already causing the rest of its segment to facepalm on the regular, it still thought that there might be more to explore. The outgoing 3.6L V6 was replaced by an all-new 3.6L V6 — no, we’re not making this up — which will be shared with General Motor cousins such as the GMC Canyon, Cadillac ATS and the Camaro. The new V6 will boast small gains in both horsepower and fuel economy, while the new cylinder-deactivation feature should also provide gains in fuel economy.

The cylinder-deactivation feature is in itself a pretty bold and exciting move, but even more exciting is the fact that an all-new eight-speed automatic transmission will be doing the shifting. This bolsters the opinion that there may be increased fuel economy in the future, although Chevy is being tight-lipped about this for the time being.

However, that doesn’t mean that you need to sit on your thumbs waiting for details. The 2017 Chevy Colorado will be coming soon to EVS Auto Group, so reserve yours or schedule your test drive today! 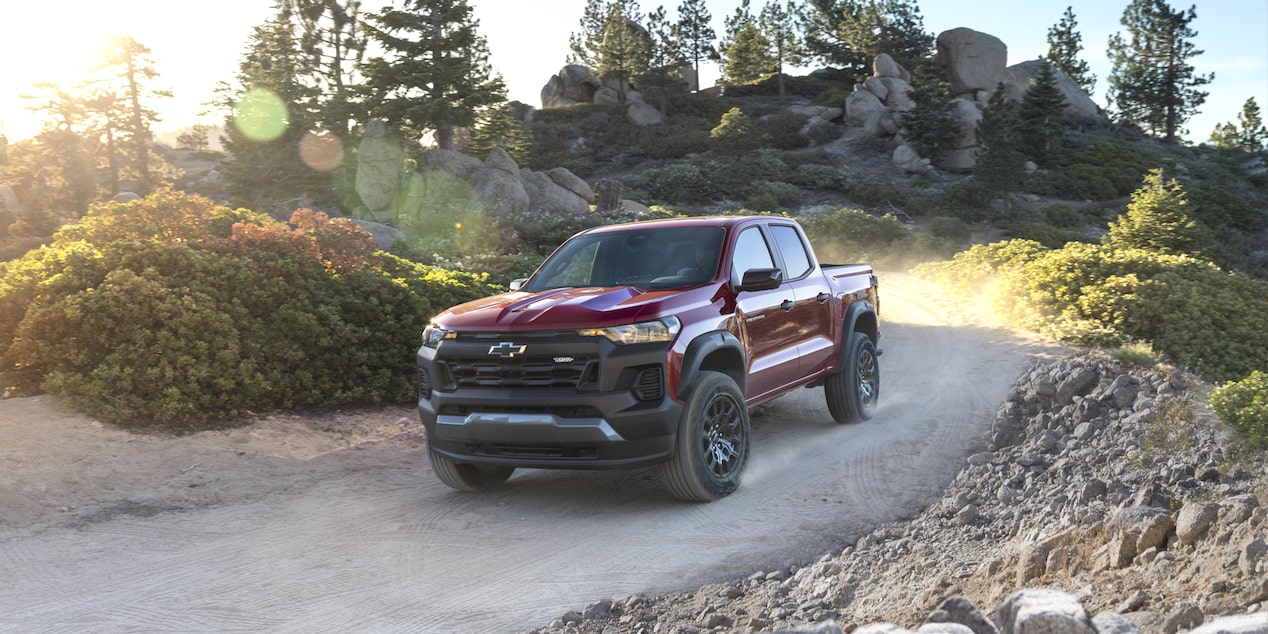 This entry was posted on Monday, August 29th, 2016 at 7:53 pm and is filed under New Chevy Models. You can follow any responses to this entry through the RSS 2.0 feed. Both comments and pings are currently closed.